Where traditional education “presumes that all knowledge can be translated into words” (Thwaites, 2009, p. 5), the theory of multiliteracies expands this notion to include oral, linguistic, visual, gestural, and spatial modes of communication (The New London Group, 1996, p.3). 4th Wall and multiliteracies come together to educate and communicate with community members through multimodalities, allowing everyone to listen, interpret, and appreciate music while also learning about musical instruments and the local environment.

Under the Dense Canopy of Jasmine Entwined with Rose

Amy introduces the next musical piece by translating the first few lines of “Flower Duet” from Lakme by Delibes. Duncum (2004) states, “Meaning is made through an interaction of music, the spoken voice, sound effects, language, and pictures” (p. 252). Watch the video below to see various modalities come together in 4th Wall’s next musical piece.

Song Played-Under the Dense Canopy of Jasmine Entwined with Rose

Here is 4th Wall’s performance of “Flower Duet” from Lakme by Delibes.

In the following video, audience members learn more about the history of their community and its landscape, as it was represented in a letter dating back to 1702. Lewis and Fabos state, “New literacies have led to new social practices related to producing, representing, and consuming knowledge” (2005, p. 476). During this concert, various modalities work together to engage audience members not only in music and photographs but also in their community, history, and environmental challenges and achievements. Audience members are encouraged to imagine what their community once looked like as they listen to the music. Lewis and Fabos (2005) claim, “It is at the intersection of identity, knowledge, and pedagogy that social subjects are formed” (p. 474).

Teaching about the Flute

Kress states, “Learning is the result of a semiotic/conceptual/meaning-making engagement with an aspect of the world” (2010, p. 174). Therefore, introducing a new concept or skill to students may be made easier when learners can draw connections between old and new knowledge. When the flute player, in the following video, teaches audience members about her instrument, she does so by asking them about blowing across the top of a bottle during their childhoods. She links playing the flute to something most people have done at some point in time. In this case, the “meaning-maker-as-designer” (Cope & Kalantzis, 2009, p. 177) has created an “act of representation [that] is interested and motivated. It is directed, purposive and selective” (Cope & Kalantzis, 2009, p. 177). In addition, gesturally, the flute player askes the audience to follow her in placing their index finger on their chin, showing them proper placement of the flute and the alignment of the instrument’s mouth plate. By making connections to old knowledge and experiences, and designing purposeful tasks, learning how to blow air into the flute properly becomes a more manageable task.

Teaching about the Viola

True to their name, 4th Wall musicians break the fourth wall between the performers and the audience to teach about the viola, its sound, the way the instrument is held and played. Where some people may not be familiar with classical music and the intricacies of instruments, 4th Wall sees it as essential to educate as well as entertain. In the following video, the violist speaks about the varying sizes of different violas and their names. According to the violist, the names of the violas differ depending on whether they are handheld and played like a cello or propped up on the shoulder.

Cope and Kalantzis (2009) affirm, “Much of our everyday representational experience is intrinsically multimodal” (p. 179). Echoing Cope and Kalantzis, 4th Wall offers a multimodal (oral, visual, auditory, and gestural) concert experience. In this segment, the violist offers the audience a gestural demonstration of how to play the instrument by equating proper hand and wrist movements to those of picking an apple or screwing a lightbulb. Gee states, “A sociocultural approach places a premium on learners’ experiences, [and] social participation” (2008, p. 100). Using examples of mundane activities such as picking an apple or screwing a lightbulb, properly holding a viola, which may be new to audience members, becomes less foreign.

In the following video, the flute and the viola play happy melodies. Each instrument complements the other by maintaining similar beats as one note springs quickly after the other. Projected on the wall behind the musicians, visible to the audience, are images of two different flowers. The flowers are bloomed and situated in lush greenery. Together with the pictures of flowers, the music uplifts the rooms and welcomes spring.

Duncum writes, “I am concerned with how, in multiliteracy, different communicative modes interact with each other – how, for instance, words or even music without words can influence the meanings we attribute to a picture” (2004, p. 253-254). During their concert, 4th Wall integrated various modalities to enhance the audiences’ experience when listening to each musical piece. Not only did audience members listen to and feel the warmth of spring through the music, but they also saw bloomed spring flowers. This integration between the visual and the audio deepens listeners’ concert experience by emotionally and mentally taking them back to that first warm spring breeze and a garden’s first bloom.

Wind and its Influence on Water

Between listening to different musical pieces, members of the audience receive short educational introductions. In the following video, audience members learn about Lake Erie, wind and its influence on water, lightning, and other environmental factors linked with changing winds. Upon hearing this introduction, the audience can anticipate to musical pieces influenced by water, waves, and wind.

The structure of the concert in switching between music, storytelling, and these informative addresses gives audience members an experience unlike traditional classical music concerts. This 4th Wall concert makes a point to speak about and provide context for the songs and educate about important environmental topics. Cloonan mentions, “Multiliteracies theory argues that contemporary literacy pedagogy needs to engage diverse, multilayered learners’ identities to experience belonging and transformation in their capacities and subjectivities” (2008, p. 159). By educating the audience about Lake Erie and its changing water, wind and lightning patterns, musical pieces become more meaningful as audience members can think about them in relation to local areas with which they may be familiar. Moreover, the educational aspect of the introduction, paired with the musical selection, leaves audience members with intellectual and emotional connections to local areas, such as Lake Erie, by helping them gain a stronger understanding of the natural forces around them.

A Story about Wind and Air

Amy introduces the next piece as one that tells a story of gentle winds. Storytelling takes precedence during this 4th Wall concert. Amy asks audience members to listen to a story about a group of friends who find themselves separated from one another during their walk in the forest. The wind, however, helps them come together again. Amy invites the audience to think about harmony and friendship. While audience members listen to the piece, they can connect between the melodies played by the instruments and the group of friends as they call out and respond to one another.

Cloonan (2008), reminds readers of the argument that literacy can be seen “as multimodal, acknowledging and addressing modes of meaning other than linguistic as literacy meaning-making resources” (pg. 159). In the following 4th Wall concert excerpt, Amy’s introduction of the musical piece helps audience members think deeply about the song. In this case, literacy broadens to include storytelling that draws images in listeners’ minds about the melodies, notes, and the musical relationship between the instruments.

Here is more music from the local, contemporary Windsor composer David Carovillano. This piece tells a story about wind and air.

Harp with Paper Wrapped through it

With a long strip of white paper wrapped between the harp’s strings, the instrument sounds harsh and dark. With the addition of the paper strip, the harp produces sounds that resemble the eminent darkness or danger. Along with the harp, the flute plays a combination of quick, sharp, and high-strung notes. Together, the harp and the flute create tension and musically bring the audience to a mental awareness of a possibly threatening natural event. Audience members are responsible for critically thinking about the different features of the music they hear, like “instruments, arrangement, beat, volume, how the voice of a singer related the music – how the song is made to sound the way it does” (Kalantzis et al., 2002, p. 7).

The Lorax tells the tale of Lake Erie

Storytelling, environmentalism, music and multiliteracies education come together in the following video. 4th Wall audiences are reminded of The Lorax and the story’s direct link to deforestation. With mentions of Lake Erie and its dreary environmental history and the lake’s influence on songs and magazine articles, the link between music and environmental literacy is strong. Cumming-Potvin (2007) elaborates by writing, “Multiliteracies allow students, schools, and communities to navigate unprecedented cultural, social, economic, and political changes” (p. 484). Watch the video to learn about the power of storytelling, music, and literature in changing environmental policy.

In the following video, Amy introduces a musical piece on the complexity of water. She talks to the audience about what they should expect to hear when they listen to the piece. Amy describes what she calls “the complexity of water” to include everything between sparkling sounds of vibrant waters and the dark rumblings of an oncoming storm. Tremblay-Beaton writes, “Using multiliteracies as a framework for music literacy means we as music educators can shift our perspective of music as an autonomous idea and embrace the transformative meanings that our students bring to creating and interacting with music” (2015, p. 2579). Similarly, Amy encourages 4th Wall audiences to think beyond the musical notes and to rediscover the sound of water through music.

The Complexity of Water through Music

In the following video, 4th Wall musicians, playing the flute, viola, and harp, treat their audience to a musical interpretation of the sound of water in its various currents. When discussing music education and its relationship to the theory of multiliteracies, Tremblay-Beaton (2015) makes the argument that literacy education does not differ from music education in that they both require “more than decoding signs and symbols” (p. 2579). Both literacy and music require decoding signs and symbols, making connections, and “continually reading the world” (Tremblay-Beaton, 2015, p. 2579). Here, 4th Wall musicians require their listeners to make a connection between the different notes, as they are played, and the various sounds of water with which they may already be familiar.

Play the video below to listen to the instruments as they play the sound of a light shower, the trickle of water, and a heavy storm.

When speaking about the importance of space and place on learners’ engagement, Warner and Myers (2009) state that it is essential for a learning environment to “communicate openness, [and have] plenty of room for freedom of movement” (p. 32). Similarly, the 4th Wall Music concert at Hillman Marsh allows learners of all ages to engage within the natural environment and celebrate the greenery and the many sounds local birds while enjoying classical music that captures the essence of various natural elements.

4th Wall Music recognizes the effect of space and place on learners’ engagement, and they understand that the environment in which a learner interacts with new knowledge has a profound effect on meaning-making. Thus, much like their concert at Hillman Marsh, 4th Wall Music host outreach concerts regularly. For example, 4th Wall Music hosted their Mysteries and Melodies concert, where they played music that focused on fear and mysteries in Windsor Scare House, a haunted house decorated for Halloween. They also hosted a concert in a local bar in Sandwich Towne for pint tastings while playing music and discussing the brewery process. One of their concerts also took their audience members to a tea house where they discussed the history of tea while pairing teas with music. 4th Wall Music’s outreach concerts provide music education that is not “divorced from the world” (Horne, 2004, p. 6) from which audience members come to build a meaningful connection between music and learners’ life experiences. 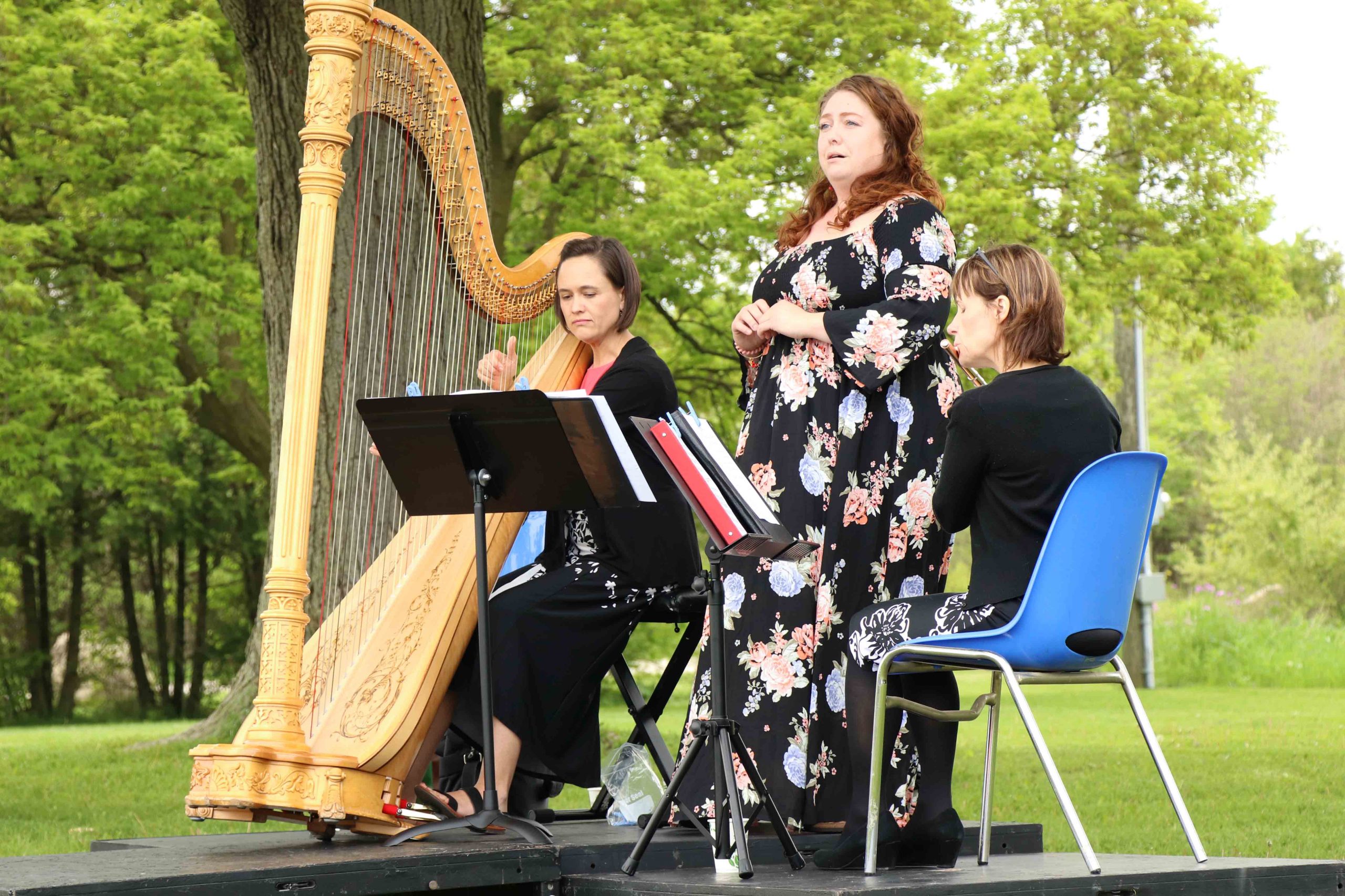 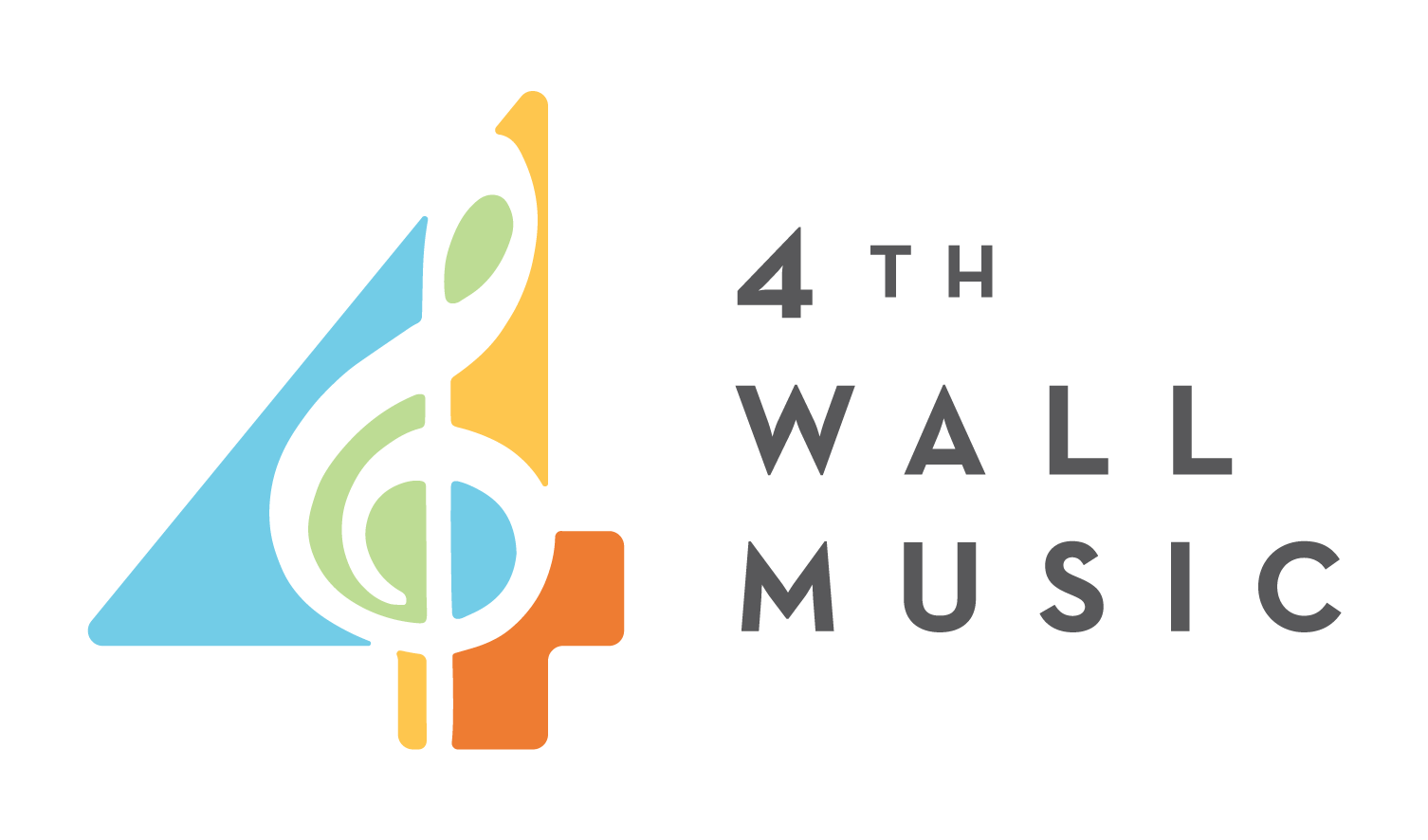 Here is the link to 4th Wall Music: https://4thwallmusic.com/