In this elegant drawing of a horse, Addision as the artist and designer has made choices in terms of materials, perspectives, and lines to create her piece of art. As Kress (2010) observes, “Within the broad range of modal choices available in a society, there is then the individual’s decision to make choices to use these modes rather than those in this environment for these reasons” (p. 76). Making choices is how students learn to become designers and realize how to take a mind’s eye vision and make it a finished material object. In this case, drawing is the chosen mode. 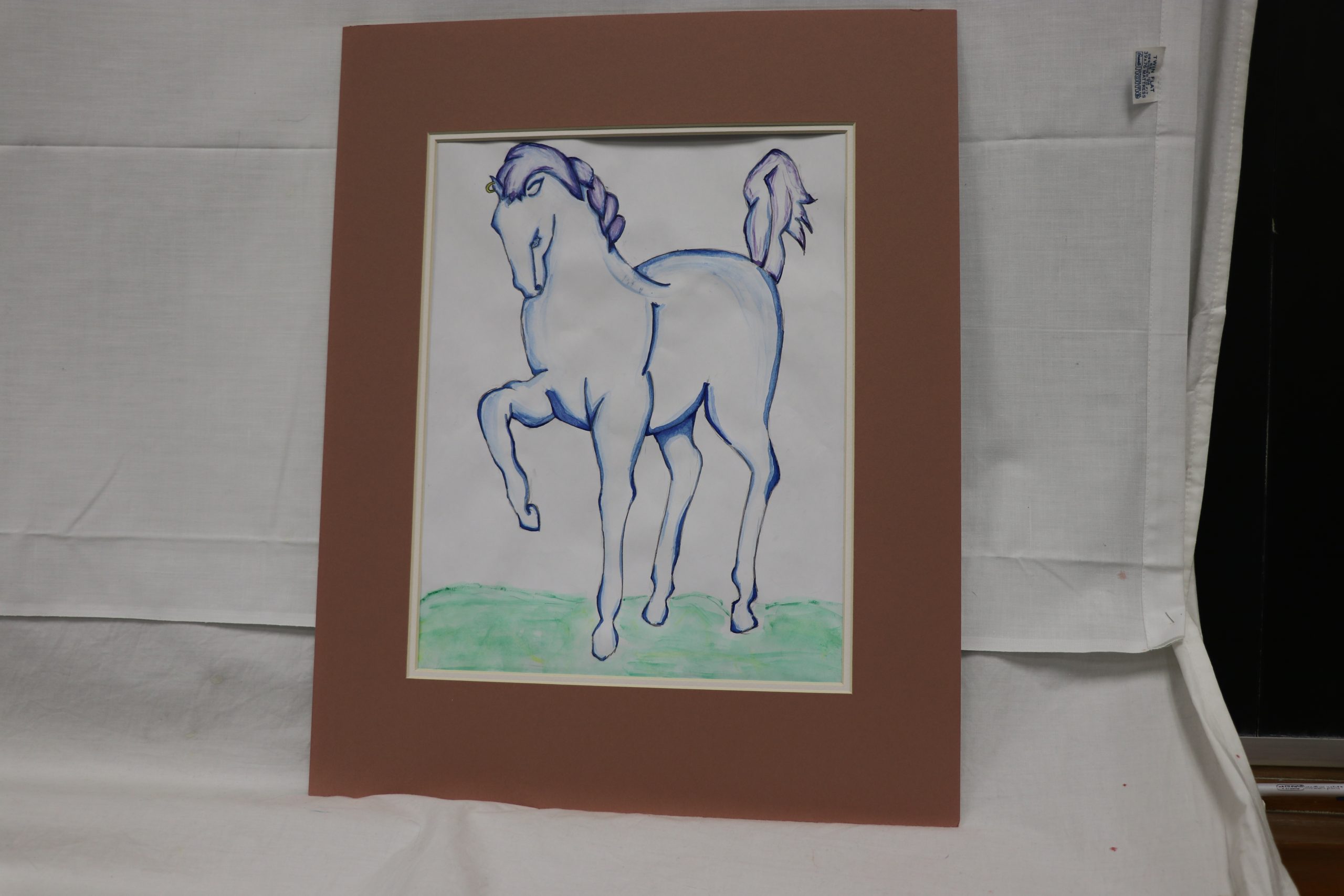 In this colourful portrait, the young woman appears to stare directly into the eyes of the viewer. The whimsical figures of the seahorse, bumblebee, and jellyfish all contribute to the upbeat ambience of this painting. Rowsell (2013), drawing upon the  ideas of writer-illustrator Edward Lee Födi, states that “Seeing visuals as a springboard into writing….., Födi consistently makes connections between writing and artwork, drawing on several modes to convey messages to his audience” (p. 56). The visual mode can easily stand on its own to represent concepts in ways not easily captured in words, but as Födi comments, the visual mode can also inspire and scaffold learners’ engagement with other modes such as writing. 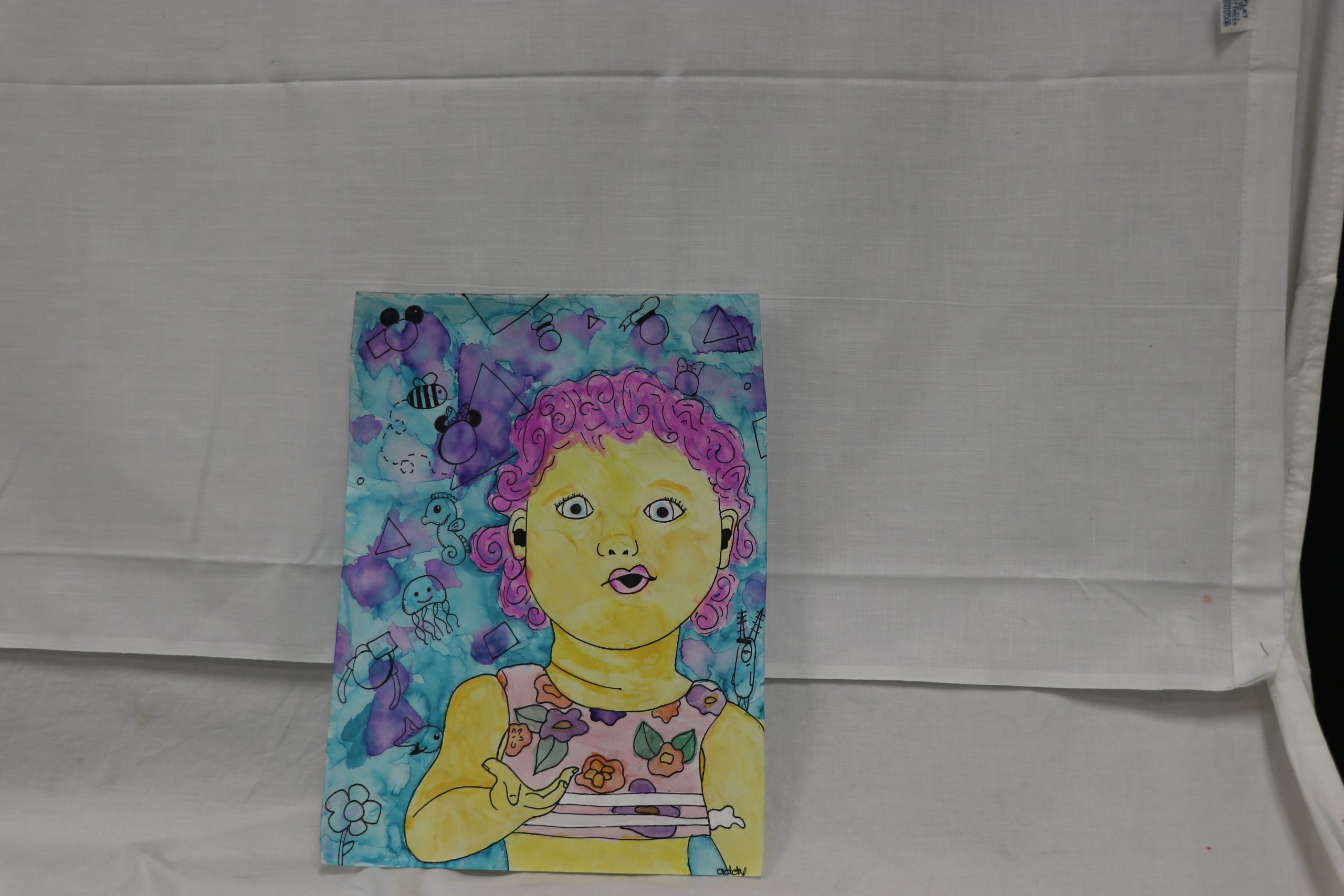 Addison’s drawing below of a fish is from her sketch book that is used regularly throughout her visual arts secondary school course. 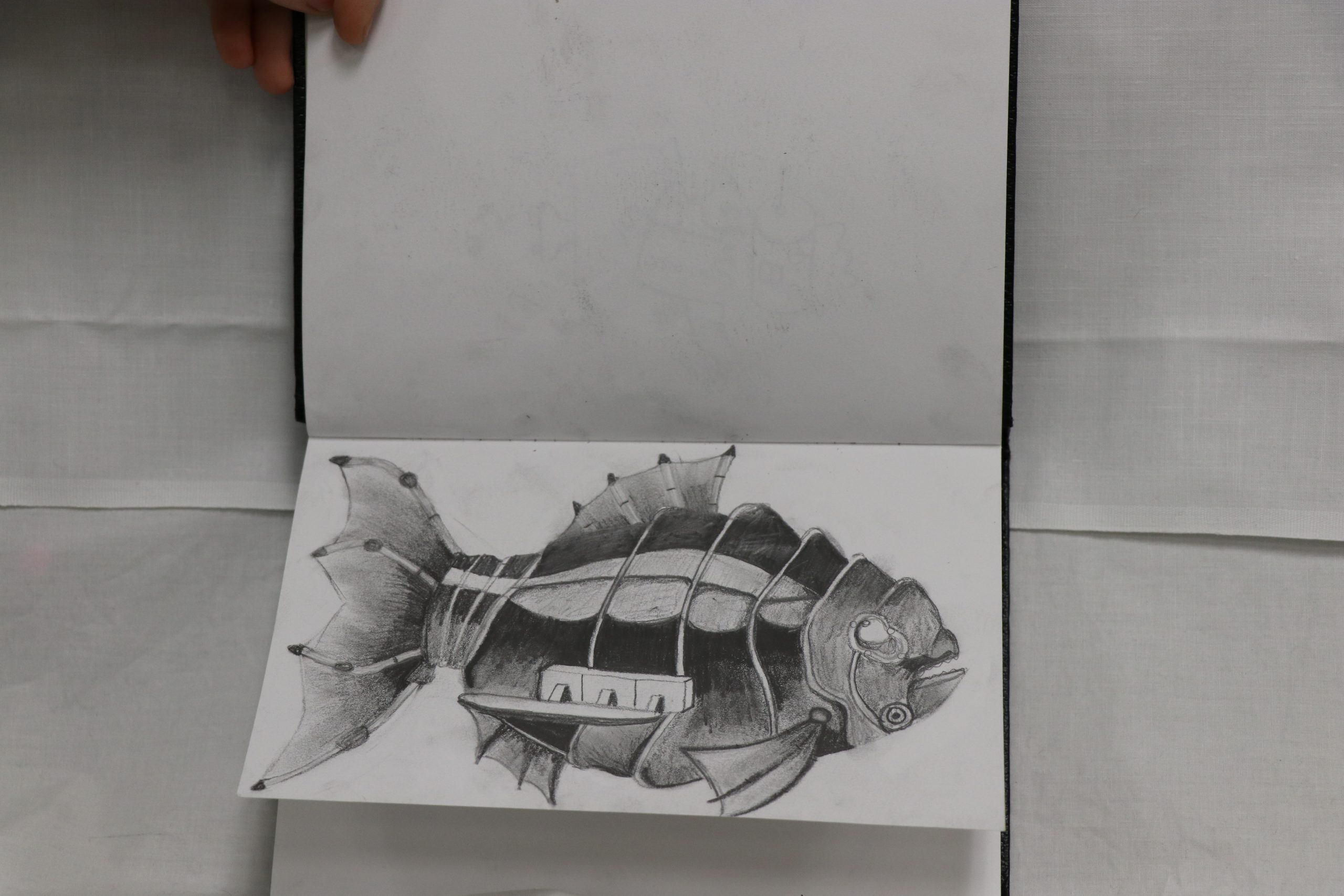